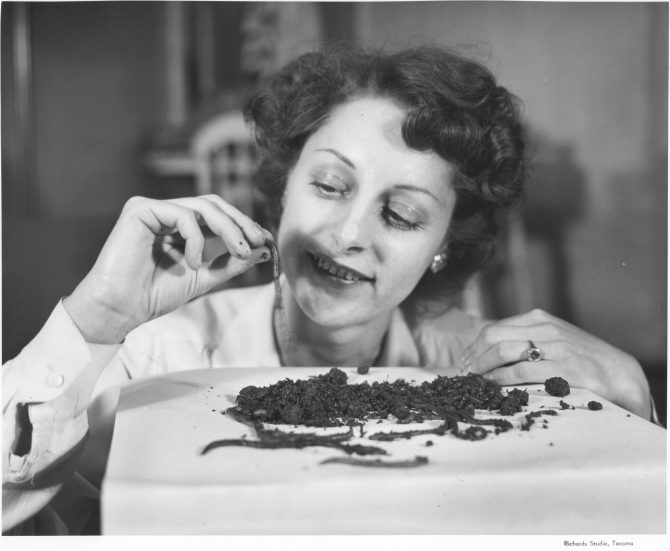 Harriett Kennedy holds up her pet worm Herman - or is it Frenchy? In 1947, Harriett and her partner Lee Mason owned and operated Western Worms, the only large scale scientific worm farm west of the Mississippi. They were also the only known women worm farmers. Their high quality worms were sold to gardeners, fishermen and sporting goods stores throughout the Northwest.