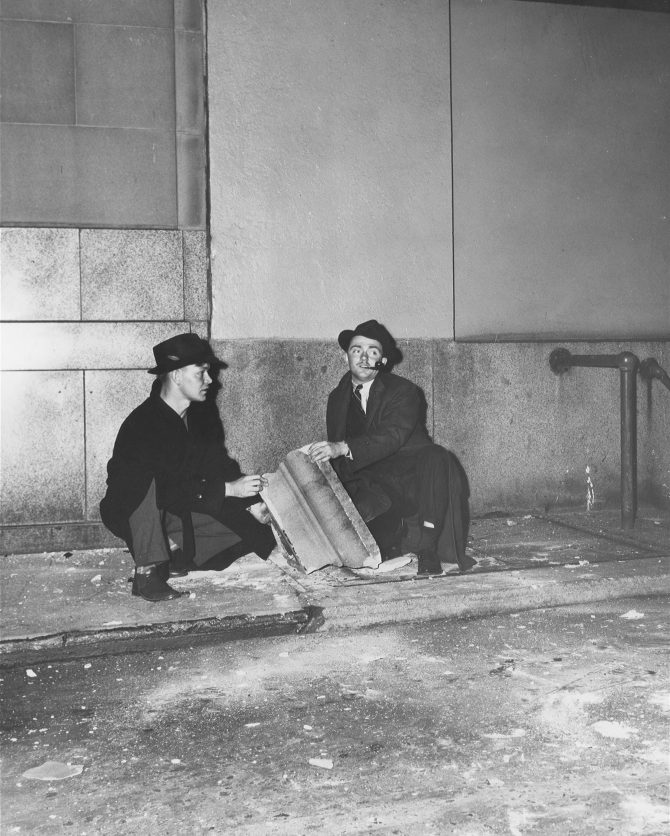 Jack Beardswood (left) and Bob Collins prop up a 150-lb. cornice section that fell from the top of the National Bank of Washington during the November 12,1939 earthquake. The masonry fell 30 feet to the sidewalk in Court A. Occurring shortly before midnight, shocks were felt from Portland to Vancouver, B.C. It was thought to be the most severe tremor since the earthquake of 1880. Hundreds of Tacomans fled from their homes but no injuries were reported. Damage was believed to be relatively minor with cracked plaster as a common aftermath. There was a $1000 fire at the St. Paul & Tacoma Lumber Co. mill that evening and 200 feet of track was carried away when a huge section of Tacoma Smelter's slag dump broke away.