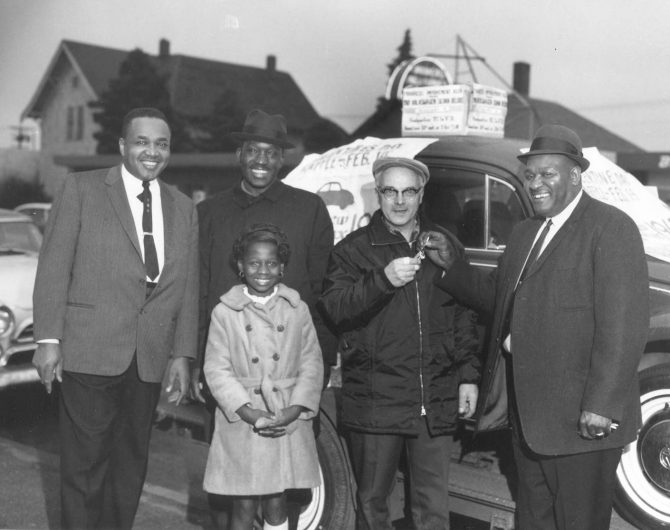 It was a very sweet Valentine's Day for lucky Albert Lee (2nd from right), winner of the Central Area Progressive Improvement Association raffle held in 1969. He is shown accepting the keys to a brand new 1969 Volkswagen outside the association's 922 South "K" (now Martin Luther King Jr. Way) Street headquarters. Pictured alongside Mr. Lee were members of the improvement association and the little lady who drew the winning name. The Association was a non-profit self-help organization composed of various ethnic, religious and political groups who joined to promote the development and well-being of the Central Area of Tacoma. It was led by Wallace Walker Sr., who is possibly the man at the far left. The man on the right is believed to be Vernon Garrett.