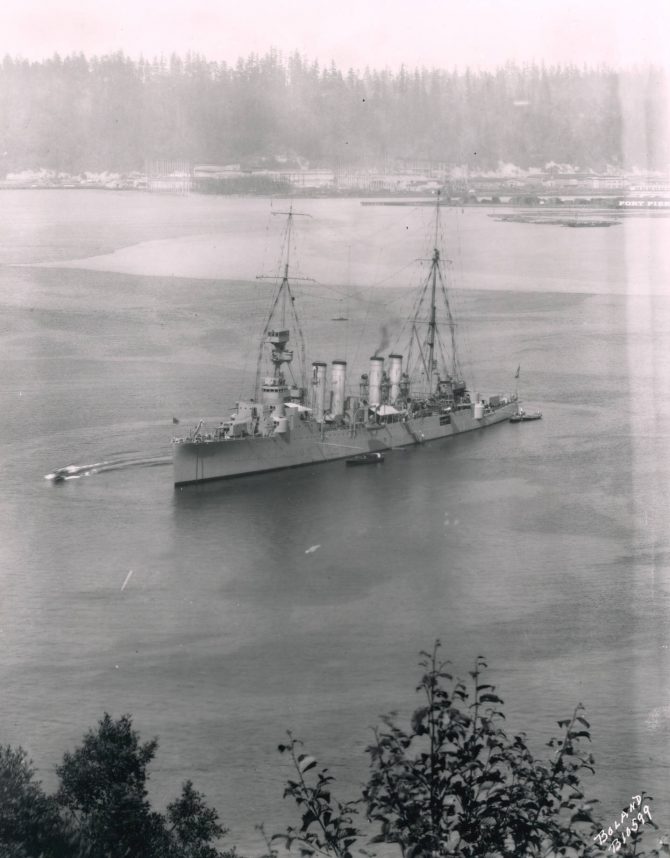 The USS Omaha at anchor in Commencement Bay at the end of July 1924. The 550-foot "scout cruiser" was accompanied by a squadron of six destroyers. She was the first of a ten-ship class of 7050-ton light cruisers. Omaha was built by Todd Dry Dock of Tacoma and launched on December 14, 1920. She would spend the next 17 years after her commissioning in 1923 serving in both the Pacific and Atlantic areas and would take an active role during WWII.