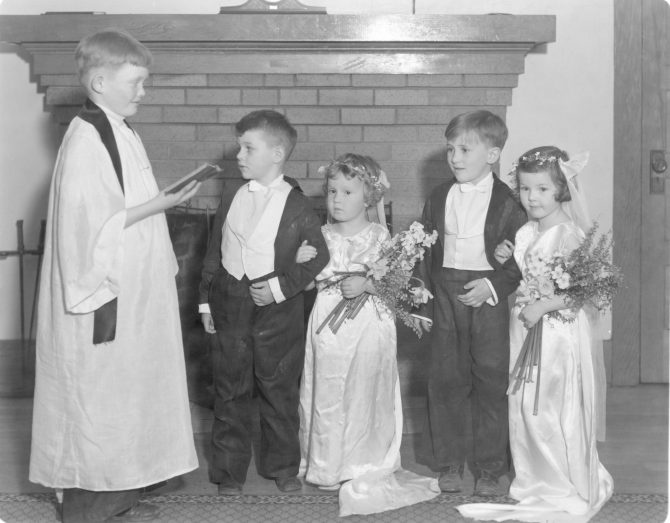 On April 16, 1937, St. Paul Methodist Church held a double "Tom Thumb" wedding to raise funds for their missionary society. "Tom Thumb" weddings were held in the early 1900's as a social event; they were recreations of the 1863 wedding of P.T. Barnum's most famous attraction, the midget Charles Stratton (exhibited as Gen. Tom Thumb) and the equally tiny Lavinia Warren. Children doubled in the Tom Thumb pageants as the tiny couple. The St. Paul event starred, left to right, Eddie Goodenough as the minister, Curtis Killian as Tom Thumb, Shirley Clark as the bride Jennie June, Billy Goettling as the second groom Fred Finger and Barbara Ann Bowen as the other bride, Nellie May. The couples were four years old. Altogether over 100 children, ranging in age from 4-11, took part in the event, impersonating the wedding party and its famous guests.