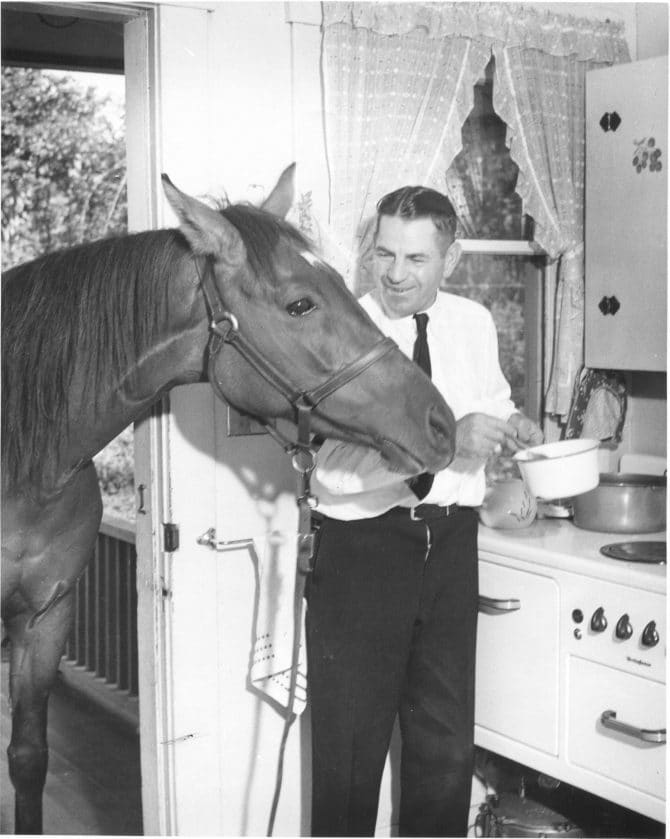 Chief Boatswain Arthur L. Parker, US Navy, and his horse, Flicka. Mr. Parker heats up food on an electric range while Flicka pokes her head in from the back porch. These two have been together since Flicka was a colt in Tulagai. During the invasion in Tulagai, Flicka's mother was killed. Flicka ran off and was found after Arthur Parker sent men after her. She was wounded and was brought back on a sled.