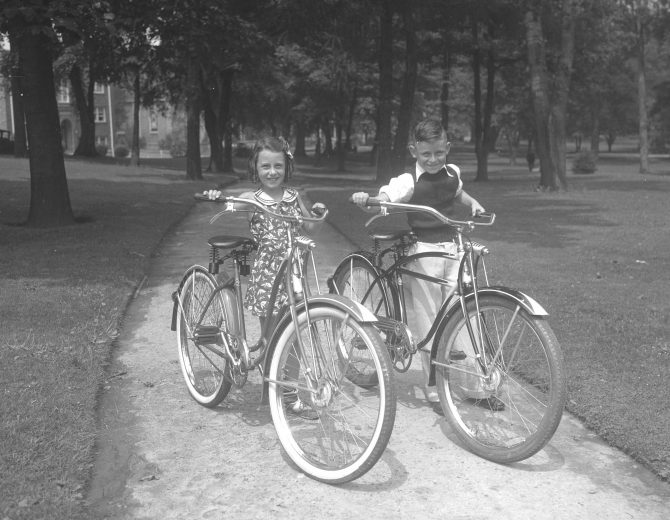 Kathleen McElwain and Donald Langbridge stand beside two new Schwinn "World" bicycles, loaded with all the newest accessories, in Wright Park in late July of 1938. Some lucky boy and girl will win these bikes in Tacoma's First Annual Bicycle Meet sponsored by the Tacoma Times and the Metropolitan Park District. The meet will include both a judged bicycle parade and races. Preliminary races will be held in July at several parks with the final event at the Stadium Bowl on August 5, 1938.