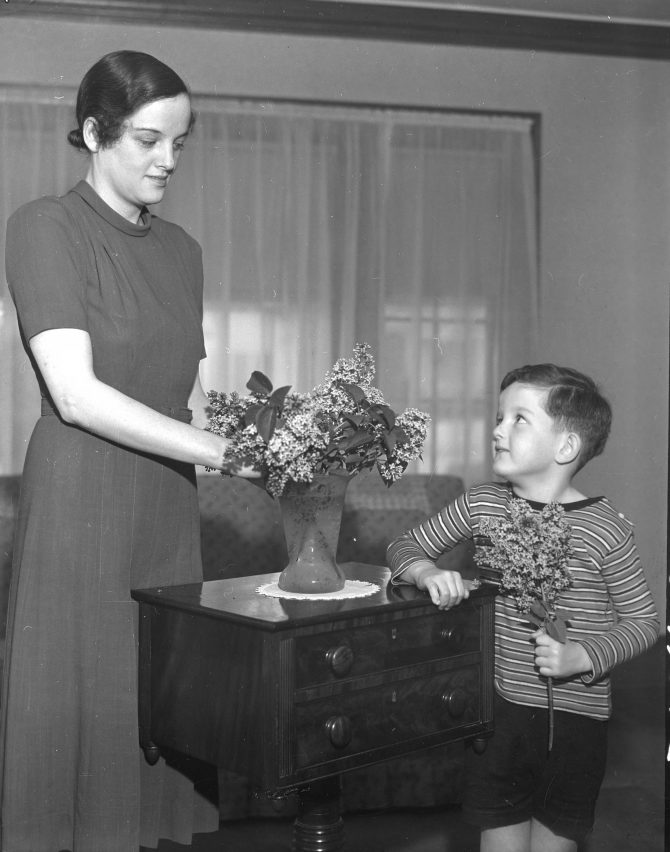 In preparation for Mother's Day in May of 1938, Louise Hunter arranges lilacs in a vase with the help of her young son, Dana Joseph Hunter. Her husband, Charles D. Hunter, Jr., was an attorney with the Tacoma law firm of Eisenhower & Carlson, and was a law partner with Edgar Eisenhower, the brother of future President, Dwight D. Eisenhower. Mr. Hunter was a champion amateur golfer; he won the Tacoma city championship 10 times between 1931 and 1945. Mrs. Hunter, the former Louise Fox Huggins of Philadelphia, arrived in Tacoma on November 1, 1930. She had married Mr. Hunter on August 2, 1930. Her grandfather, Edwin Huggins, had ties with the Hudson's Bay Co. in the territory now occupied by the City of Tacoma.