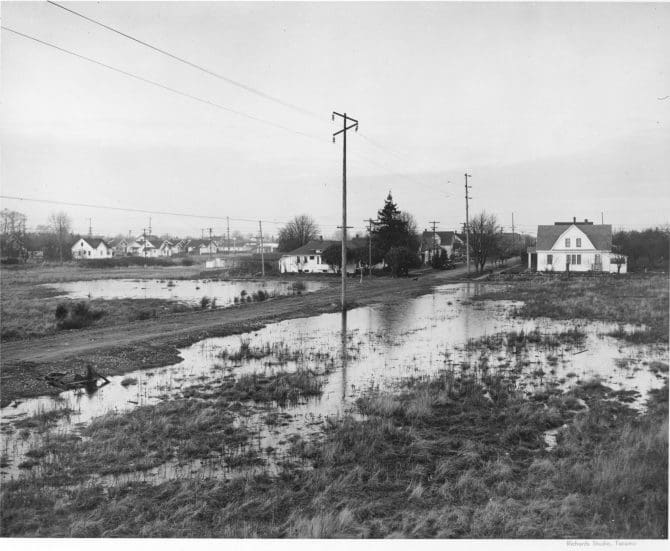 A letter to the Tacoma Times editor brought attention to the lake that has formed in the West end of Tacoma. (The West end at this time, and prior to growth and development, began at 6th and Sprague). The City of Tacoma's Street Department closed the only drain and filled in South State Street, without installing another drain. The "lake" that has formed, shown here, was in the vicinity of South State Street and South 14th Street (now the Franklin area of the Central Neighborhood District) and was threatening homes in this area.