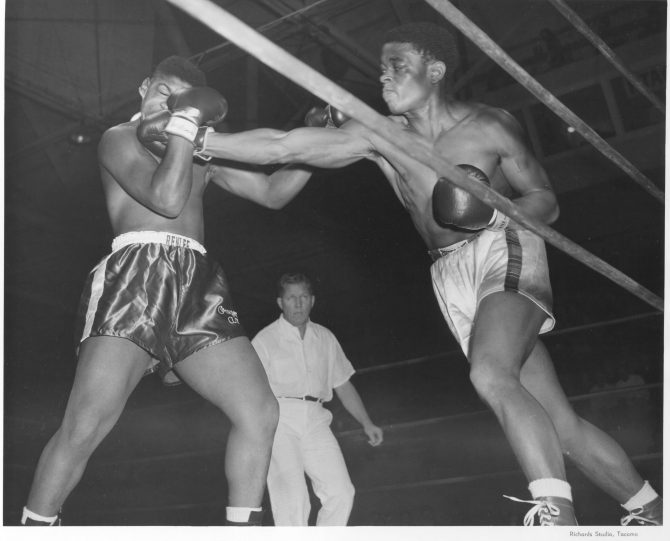 Bobby Hicks, featherweight from the Chemeres Boxing Club of Seattle (in the dark trunks), takes a vicious punch to the head in his bout with Gil Durey on January 20, 1956. He ultimately beat Durey, an Oregon State College student, in the opening bout of the Eighth Annual Golden Gloves held at the College of Puget Sound Fieldhouse by decision. Sponsored by the Tacoma Athletic Commission, the tournament attracted 59 entries from six major Northwest cities plus military representations. Going into the fight, Hicks had a record of thirteen knockouts in 29 fights.