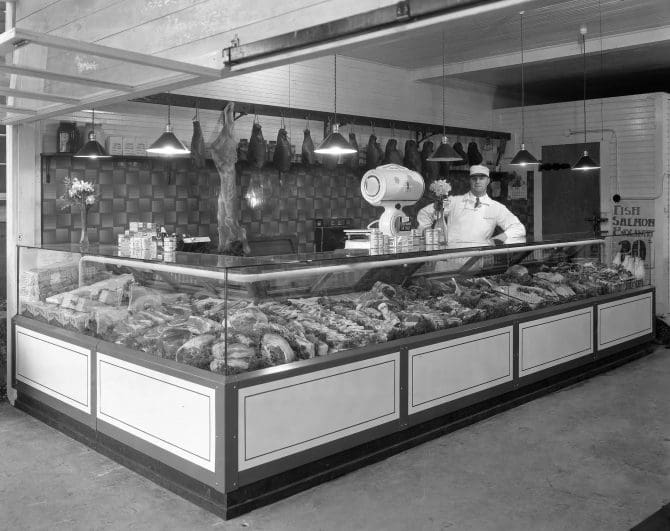 April 6, 1935 saw the Grand Opening of the newest H. Berger & Sons grocery store at 8108 South Tacoma Way. In this photograph, the meat market is featured with an unidentified butcher behind the meat counter. During the opening sale, steak was available at 18 cents a pound and ground beef at 10 cents. The Tacoma based chain of stores got its start at the turn of the century with Henry Berger's butcher shop. In the old days, Mr. Berger made his own deliveries door to door from his Fern Hill shop with a pushcart. By 1935, this local Tacoma family owned business owned four retail grocery stores plus feed warehouses and its own slaughterhouse.