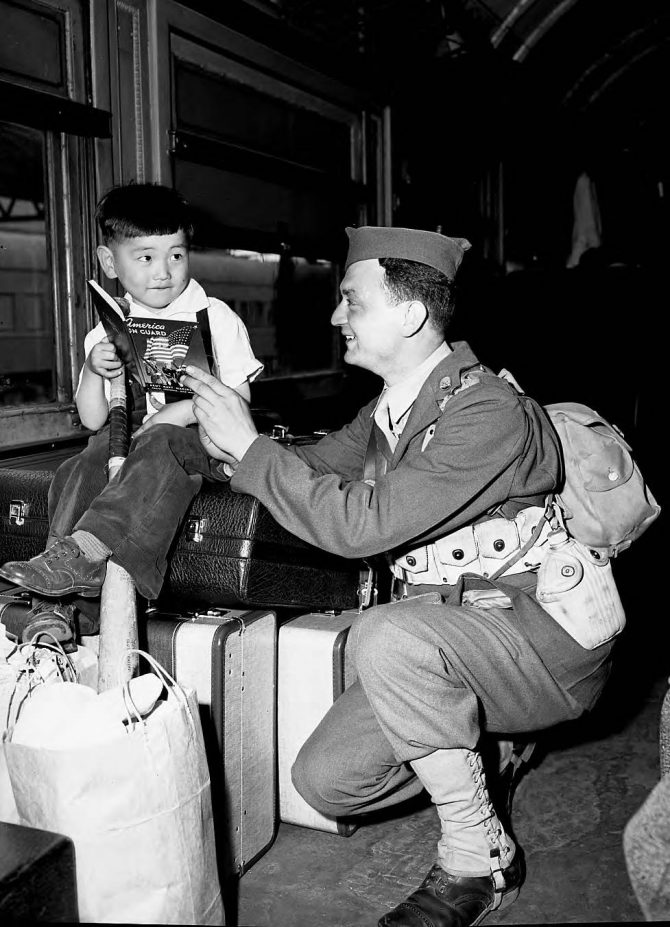 Five year old Toshiyuki Hattori shared a copy of the book "America on Guard" with Pvt. Nat Schwartz on May 17, 1942 in a train car taking on passengers at Tacoma's Union Station. The book was the story of America's armed services - army, navy and marines. The photograph was taken as Tacoma's Japanese Americans gathered to be shipped off, with their few approved possessions, to Pinedale "Assembly Center" near Fresno, California. Despite the fact that almost 2/3 were American citizens, Japanese Americans were considered a security risk to the nation. This and other photographs appeared under the ironic banner headline "Smiles Prevail as Japanese Leave" in the Tacoma Times. Toshiyuki was the youngest in a family of seven. The Hattoris eventually relocated to Utah.