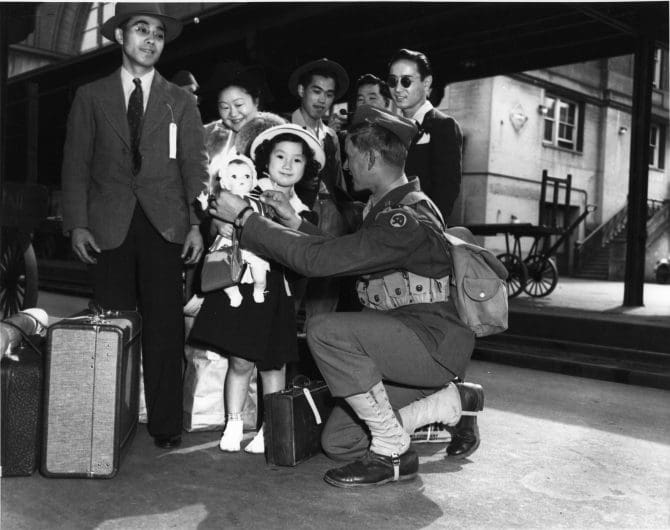 This photograph of six years old Yukie Suekawa and Pvt. Howard L. Loudermilk at Union Station was chosen to grace the front page of the May 17, 1942 Tacoma Times with the caption "Goodbye for the Duration." As Pvt. Loudermilk adjusts the bonnet on the head of the little girl's doll, they are surrounded by a group of smiling Japanese adults. The smiles were considered the proper face to put on the hard facts that 859 Tacoma residents of Japanese ancestry were being removed from their homes and shipped by train to the Pinedale Assembly Center near Fresno California, despite the fact that many of them were US citizens.