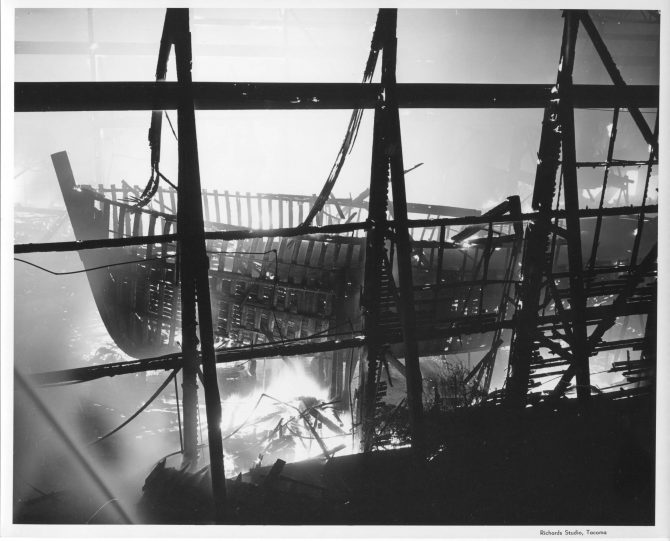 Blacken timbers are all that are left of a one fourth completed new tuna clipper boat being built for a San Diego fisherman. The total destruction of the tuna boat is just part of the $2,000,000 fire that damaged the Western Boat Building Company, plant #2, and the Marine Iron Works on the east side of the city waterway on August 15, 1950. The cause of the three alarm blaze, which also badly scorched the wooden underpinnings of the 11th Street Bridge, remains a mystery. Eleven land companies and the city fireboat responded to the massive Tideflats industrial fire.