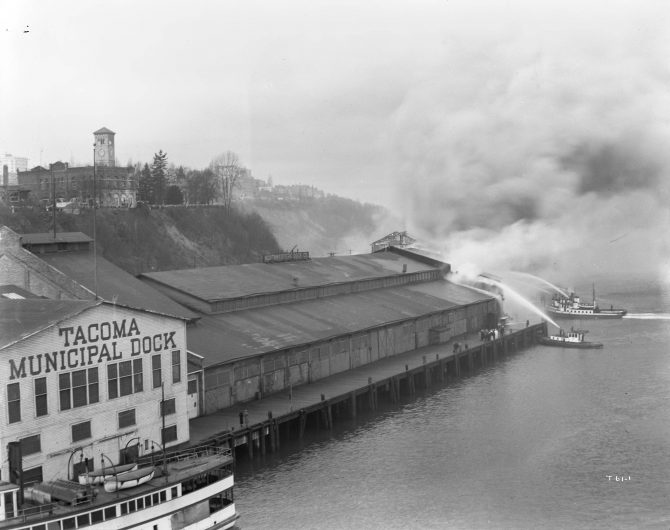 On January 7, 1936, the City Fireboat and four Foss tugs were called in to fight the blaze at the old London Dock and the Waterside Milling Co. A passenger steamer, reported to be the Virginia V, was tied up at the adjacent Tacoma Municipal Dock. The Milling Co.'s wheat warehouse was gutted due to a spontaneous dust explosion. Flames shot 150 feet into the air and caused damages totaling $260,000. The fireboat and tugs kept the blaze under control with powerful streams of water, but the damage was too extensive and the structure could not be saved.