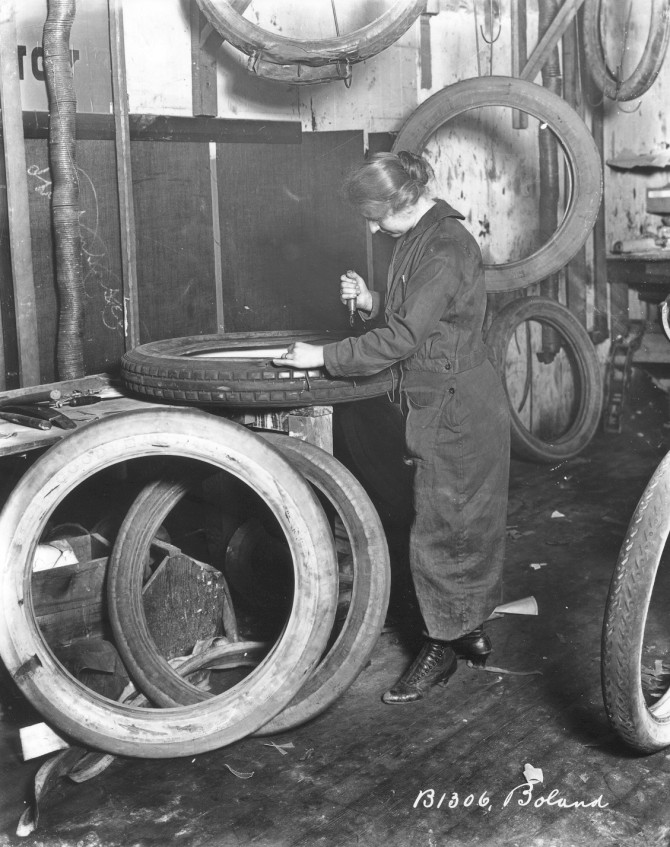 On August 17, 1918, Mrs. M. Ristig was photographed while repairing tires at the M.K. Martin Company, located at 750 Broadway. She was one of thousands of women worldwide, as the photo's headline in the Tacoma Daily Ledger stated, "Taking the Places of Those Over There."

World War I, 1914-1918, proved to be a turning point for women's employment. With the men away at war, women were called upon to fill nontraditional jobs, providing them the opportunity to prove that women could fill jobs outside the office or the home. The women performed admirably in many jobs previously denied to them, some of them physically demanding or dangerous. As Mrs. Ristig's employer, Mr. Martin stated, "She can do every bit as much work as a man and do it just as well."

Find this and many other historical photos of Tacoma in our Image Archive, and be sure to visit the Northwest Room at the Main Branch to learn more about women's history in Tacoma.