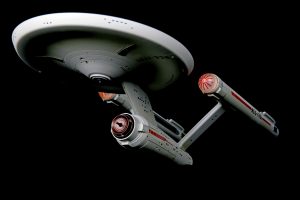 Space…the final frontier. These iconic words were first heard 50 years ago when Star Trek premiered in September 1966. Though the original series lasted only three seasons, its impact continues to this day. Countless television series, movies and books have Star Trek to thank for blazing the space trail. Star Trek also inspired scientists to make advances in technology based on ideas from the original series. Yes, you have Star Trek to thank for your mobile device.

Visit Tacoma Public Library and check out the many books and DVDs about and inspired by Star Trek.