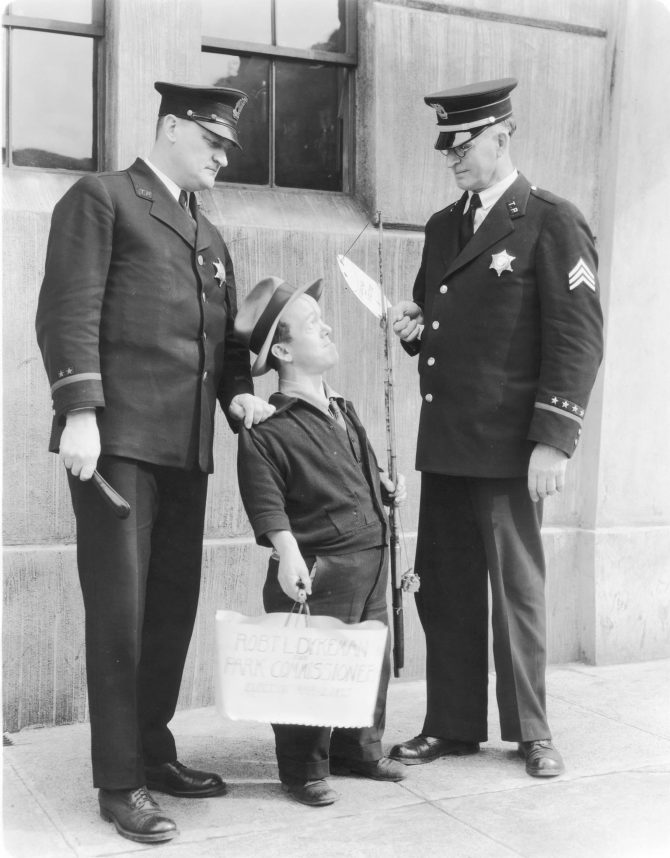 Diminutive Robert Dykeman was caught in the act of fishing for votes by Patrolman Bill Herbst, left, and Sgt. Bill Christilaw, right. Dykeman was running for Park Commissioner in the March 12, 1935 election. Four foot four inch Robert Dykeman, never one to let his size deter his commitment to the city and county, ran for a number of political offices. He served as County Clerk for 16 years. He died in 1969 at the age of 63.