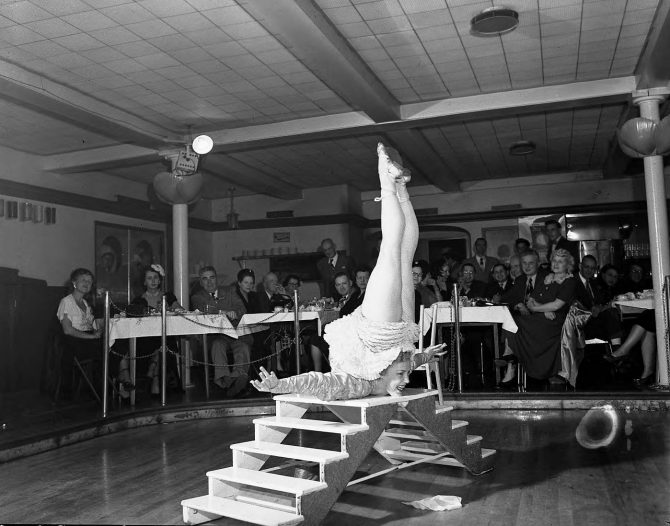 A woman acrobat provided part of the evening’s entertainment at the Halloween party sponsored by the Tacoma Athletic Commission on October 30, 1950. The acrobat is probably Patsy Jean Smith, who studied acrobatics at the Barclay School in Seattle. Mr. Barclay also taught at the Lewis Harter Studios, 945 1/2 Broadway in Tacoma. The Athletic Commission Halloween party was held at the Top of the Ocean.