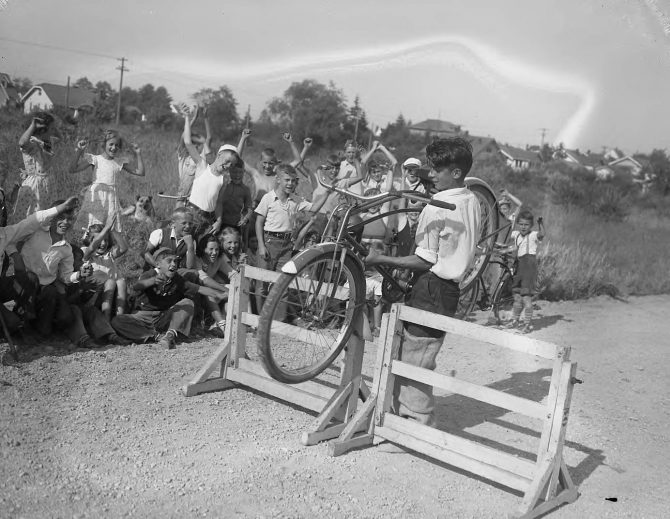 The Tacoma Times - Park District Bicycle Contest was held at the end of July and in early August 1938. To compete in the final events held in the Stadium Bowl on August 5th, boys and girls first had to compete in one of the District preliminary contests held throughout Tacoma. This unidentified young man is competing in one of the obstacle races, probably in the District 1 meet held at North 9th and Monroe next to Jefferson Park.