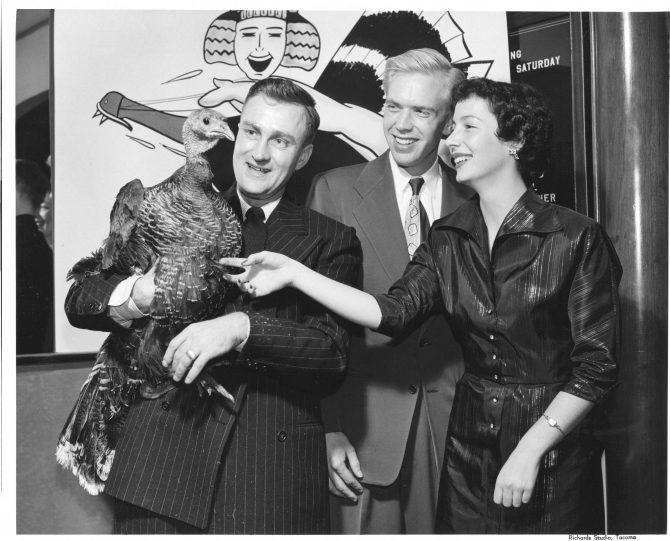 Richard Wagner (center) won this handsome turkey at the Pharaoh Club's 5th annual Thanksgiving dance held on Thursday November 24, 1949 at the Top of the Ocean. Gene Nelson holds Mr. Wagner's turkey while Miss Janet McMath tickles its breast feathers. The Pharaoh Club was a young men's social group, organized in 1939. Since Mr. Wagner did not win his turkey until Thanksgiving evening, we must assume he kept it as a pet - at least until Christmas.  goo.gl/TSEk99