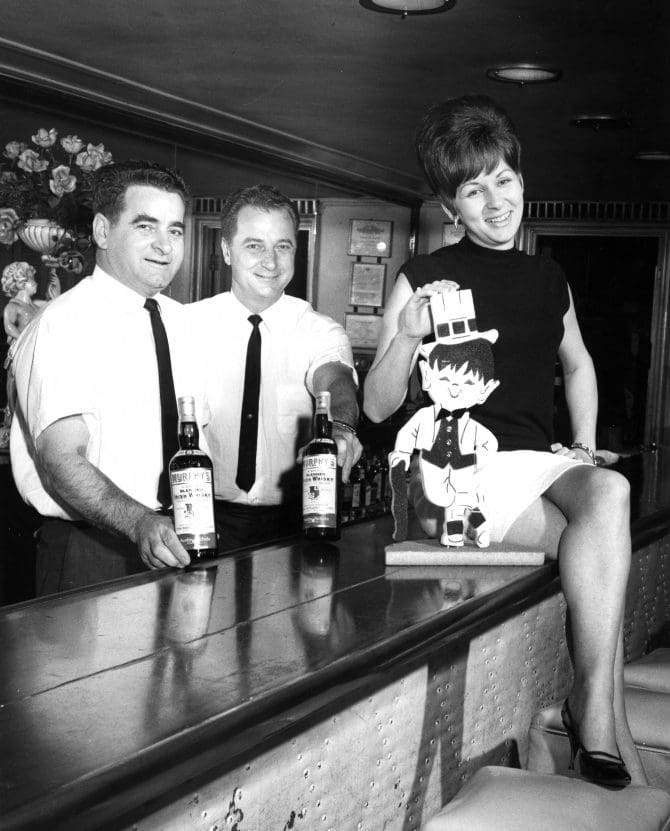 In March of 1968 Margie Haugen, her hand resting on the head of a merry leprechaun, sat on the bar at Honan's Restaurant where she worked as a waitress. Behind her are the brothers Honan, John and Bob, each holding a bottle of 8-year-old Murphy's Irish Whisky. This photograph ran in the News Tribune's St. Patrick Day's edition for 1968 accompanying a front-page story about two Honan establishments. Tacoma had the longtime Honan's restaurant and lounge at 737-41 St. Helens Avenue operated by the Honan brothers. Ennis, County Clare, in Ireland also had a Hohan's. When Pat O' Toole, the Tacoma Home Show promoter, found out about the Irish Honan's, he set up a transatlantic telephone call between the customers of the Irish Honan's pub and Tacoma's Honan's on, of course, March 17th, St. Patrick's Day.