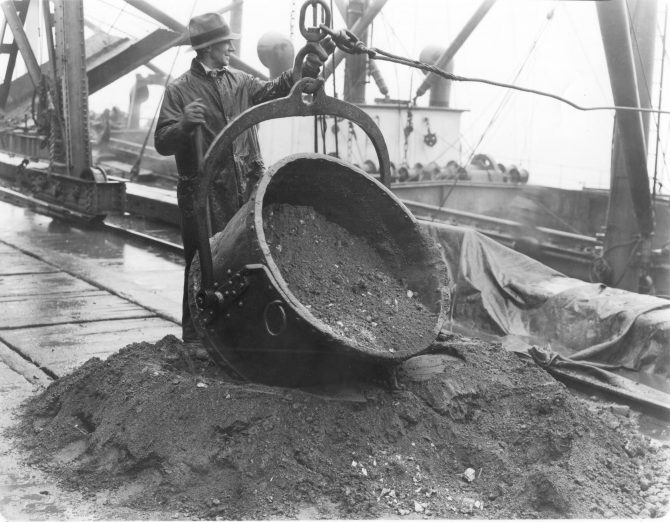 In January of 1935, 9,600 tons of gold bearing ore were removed from the holds of the Soviet freighter "Brandon" by huge iron buckets at the ASARCO refinery in Ruston. In 1935, The Soviet Union did not have a large enough smelter of its own to process the tons of ore being extracted from its mines. The "Brandon" had come from Leningrad. The American Smelting & Refining Company expected to receive 100,000 tons of gold rich ore from The Soviet Union in 1935. Mr. S. Raiz, a representative of the Soviets, was sent to Tacoma to keep a close eye on the process - and the gold.