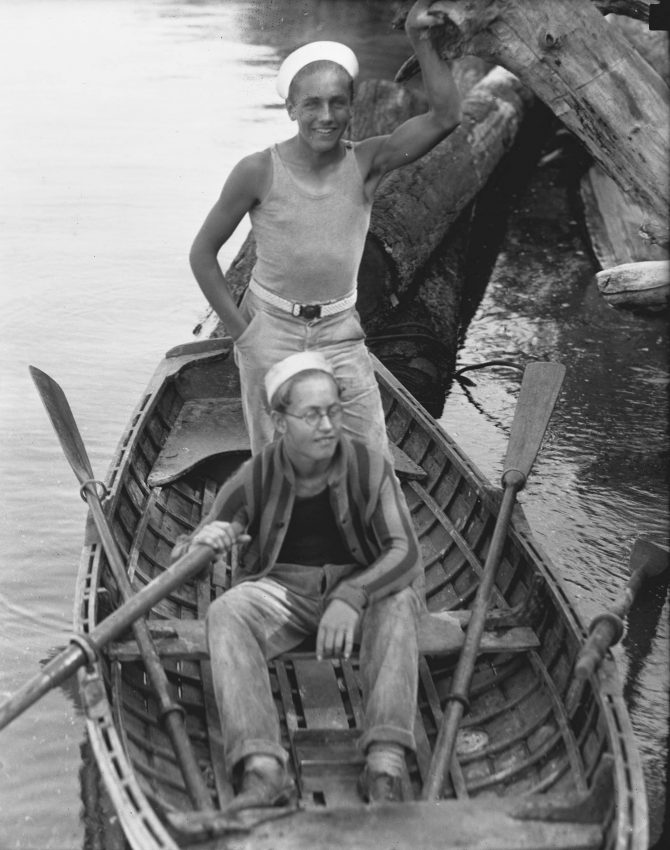 In August of 1926, Killian Van R. Schermerhorn, standing, and Wilmot McCune spent a week rowing 80 nautical miles from Point Defiance to Olympia and back. The Stadium High School juniors travelled in a double-oared "clinker" that they rented from the park's boathouse. They rowed in sunshine, moonlight and even a storm that landed them on McNeil Island. Once they convinced the guards that they were not part of a prison break, they were treated royally. Throughout the trip, the boys stayed close to shore or rowed from island to island, camping as they tired.