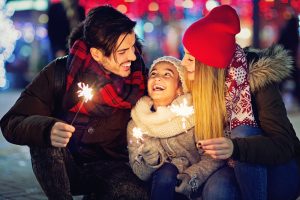 There are so many fun things to do in Tacoma this holiday season; it’s a good thing you don’t have to pick just one! Here are our top picks for local winter activities:

Sunday, December 3, 2017
Santa Visits Old Town, opens a new window
Job Carr Cabin Museum
Step back in time for charming holiday fun at the Job Carr Cabin Museum in Tacoma's old town. The cabin is a replica of one built by early Tacoma settler, Job Carr. Each year the museum holds a free holiday event with carolers, treats, a chance to meet Santa's reindeer and photos with Santa.

Saturday, December 9, 2017
Seattle Men’s Chorus: A Sassy Brassy Holiday, opens a new window
Rialto Theater
Your favorite carols and beloved classics infused with the warmth of brass and a pinch of sass!

Cocoa and Caroling, opens a new window
W.W. Seymour Botanical Conservatory
Bring the family and enjoy a hot cocoa bar and caroling at the Conservatory.

Free Holiday Family Movie (Home Alone), opens a new window
The Grand Cinema
An eight-year-old trouble-maker must protect his home from a pair of burglars when he is accidentally left home alone by his family during Christmas vacation. The third Saturday of each month, The Grand Cinema welcomes guests of all ages to a family-friendly movie for free!

Sunday, December 24, 2014
Jingle Bell Run, opens a new window
Wright Park
This race will feature hundreds of jingling bells that will definitely put you in the holiday spirit!