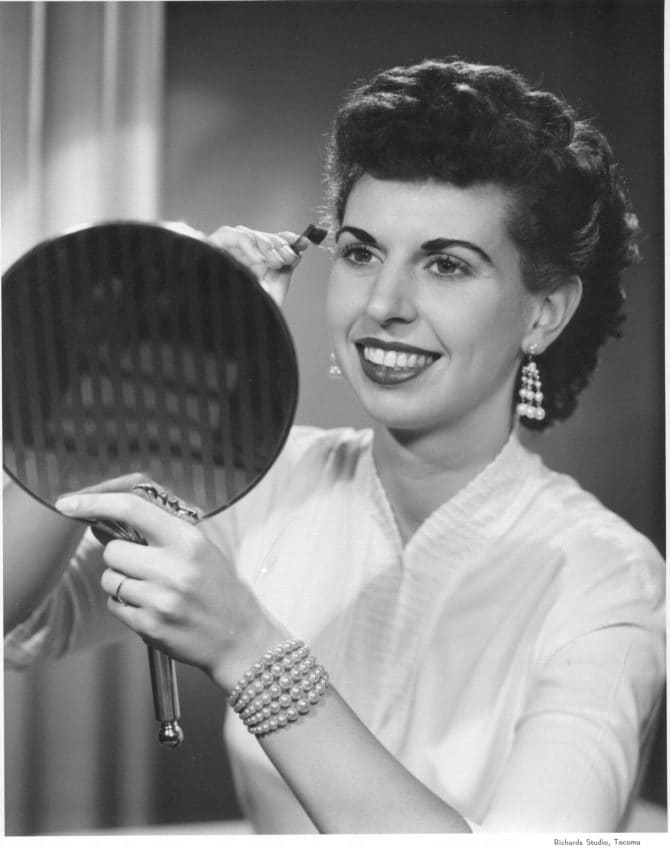 In October of 1950, Jody (Mrs. James Joseph) Scott showed how a touch of eye makeup could emphasize her best feature. The News Tribune added that, "Skillful use of eye-makeup is one of the most important beauty tricks a woman can use to assure her that she is taking full advantage of her natural attractiveness." The Tribune's feature on makeup was a hot topic; color motion pictures had led to an explosion in the use of cosmetics. Max Factor had invented his "Pan Cake" foundation that guaranteed a flawless complexion just like the movie stars. Eye shadow, lipsticks and nail polish were now available in bright colors. The American Homemaker was ready to put the Great Depression and WWII behind her and became glamorous.