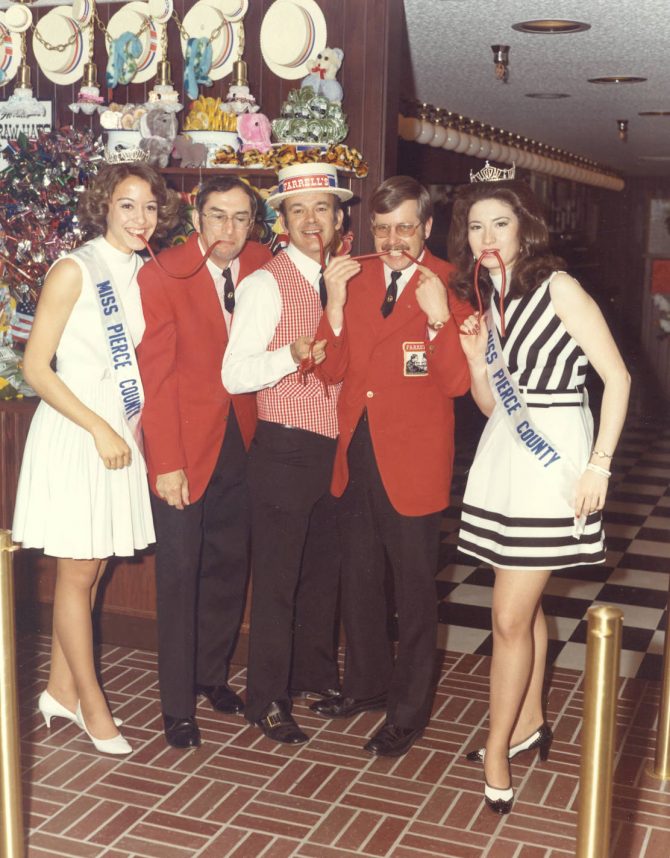 Farrell's Ice Cream Parlor celebrated its grand opening on May 21, 1974, with dignitaries enjoying a bite of red licorice instead of the traditional red ribbon snipping. Located in the west end portion of the Tacoma Mall, Farrell's offered delicious hamburgers and other delicacies as well as mountains of ice creams in many flavors. It was an old fashioned ice cream parlor, believed to be the 84th in a large chain. Food was not served sedately but with much horn blowing and drum beating, especially for soon-to-be popular birthday parties.