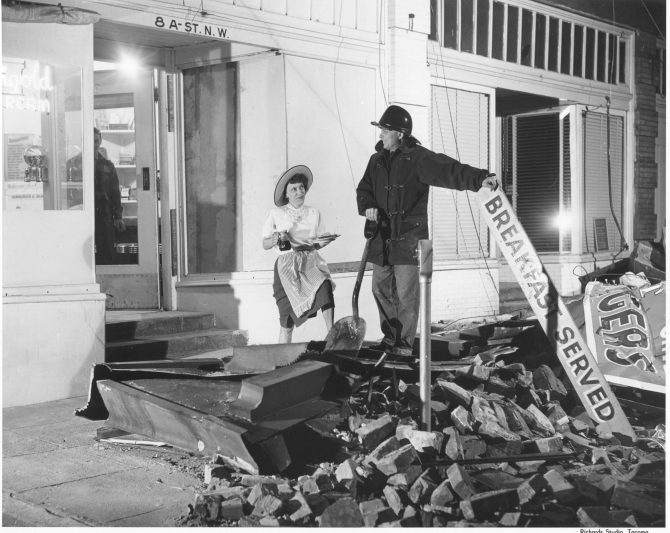 An unidentified waitress offers a fireman something to eat, outside a badly damaged diner, in this photograph from April of 1949. On April 13, 1949, at 11:55 a.m. a 7.1 magnitude earthquake rocked the Puget Sound basin. The quake was felt over 150,000 square miles, and killed eight people. This unidentified restaurant is believed to be in Puyallup, one of the hardest hit towns in the south sound.