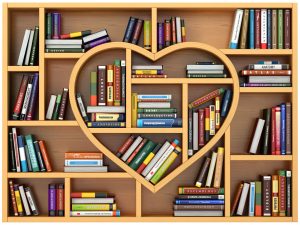 Communities and patrons around the country are celebrating their libraries the week of April 9-15, 2017. Every day, libraries transform their communities by providing materials, services and programming to support their local populations.  Stop by Tacoma Library and see what new things we have to offer you plus check out a few books about libraries to show your love and support. See below for our recommendations.

Per the American Library Association, the history behind the creation of National Library Week occurred because “research showed that Americans were spending less on books and more on radios, televisions and musical instruments.” This is not much different than today just substitute in phones, computers and technology.  Since people were reading less ALA and the American Book Publishers formed the National Book Committee in 1954 with the following goals: