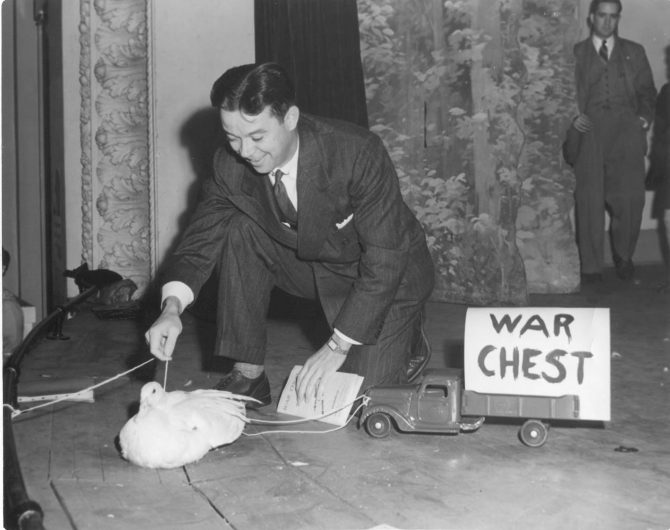 In October of 1942, everyone was trying to "duck the duck." The live duck "War Chest" was given to the person who had solicited the least donations in the War Chest campaign each day. The duck had been the property of Armand Marion, manager of the Winthrop Hotel, since early in the week. Finally out of the basement on Friday, October 23rd, Mr. Marion appeared at the luncheon with War Chest pulling a little wagon holding donations and pledges totaling 103% of his goal.