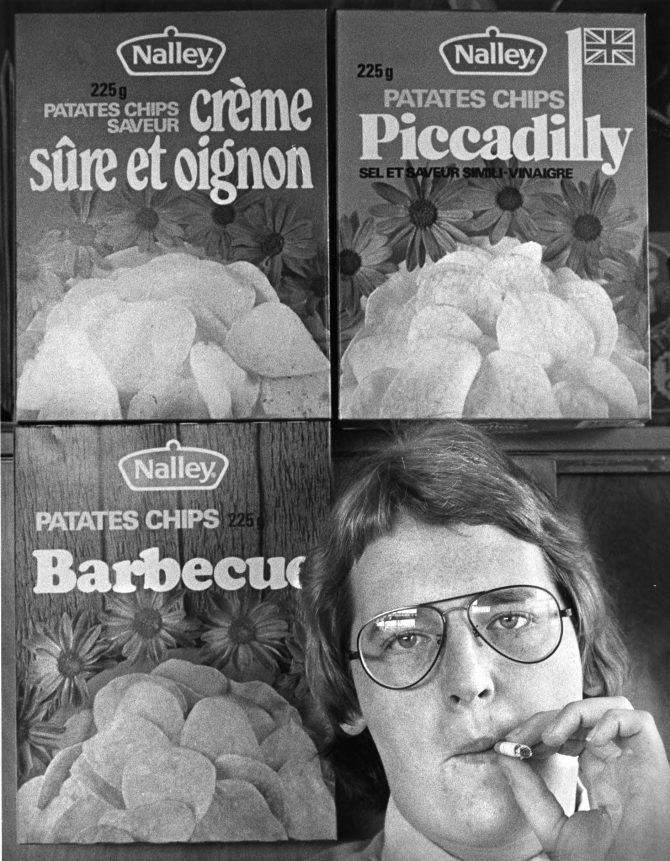 Augustus C. "Charley" Barnett designed artwork for Nalley's. Mr. Barnett, 25 at the time of this December 20, 1976, News Tribune article, was the art director for Nalley's, a longtime Tacoma institution. His job was to design packages and labels for company products. Mr. Barnett is shown above with the new packaging for potato chips and other Nalley products for sale in Canada where both English and French must be used in printing. Besides art direction for Nalley's Fine Foods, Mr. Barnett also designed the "most valuable player" trophy presented by Nalley's to the Seattle Seahawks. Nalley's was one of the 'Hawks' major sponsors and wanted to be the first company providing a trophy to the football team. It went to Jim Zorn, quarterback, and since it was a perpetual trophy, had room for another 25 years worth of valuable players. Mr. Barnett had joined Nalley's in 1974 with a background in graphic arts and advertising. He was a Tacoma native and graduate of Stadium High School.