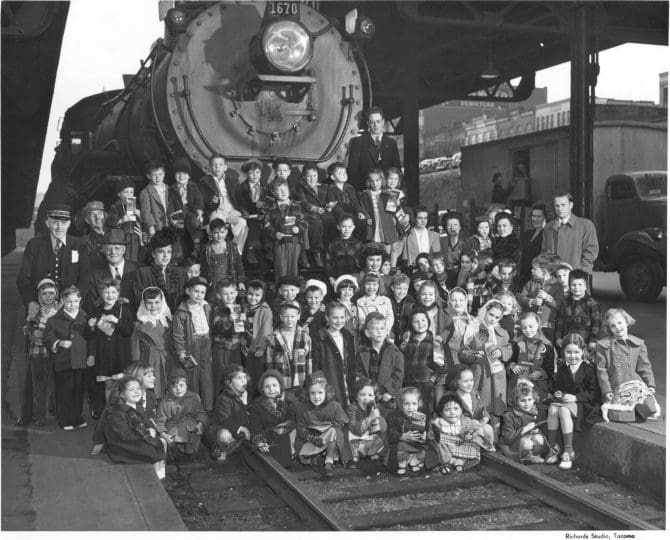 In March of 1949, 57 children from the morning and afternoon kindergarten classes of the Fern Hill school took a 40-mile roundtrip train ride from Tacoma's Union Station to Auburn. Ninety percent of the children had never been on a train before. After the ride, they were given a tour of the station by the stationmaster, and all 57 children climbed onto a giant scale in the baggage room. The entire group weighed 2,880 lbs.