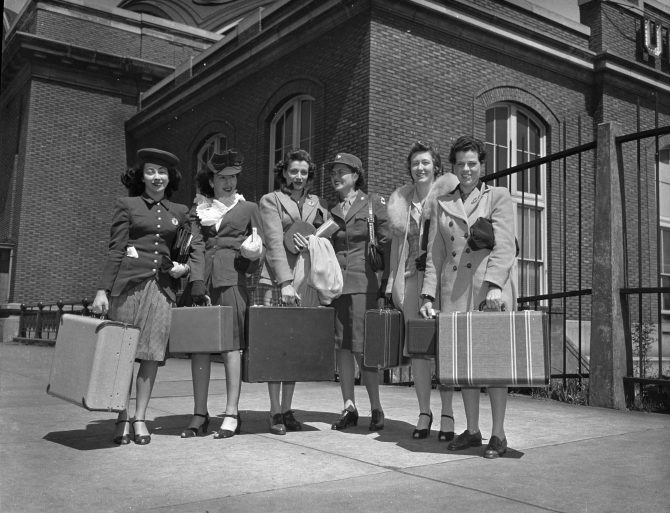 Five local women pause to pose for the camera at Union Station prior to leaving Tacoma May 6, 1943 to begin their careers as members of the Women's Army Auxiliary Corps. Pictured are, left to right, Agnes Dittbenner, Mary Dittbenner, Ellen V. Vail, Tacoma recruiter Dorothy Kerr, Grace Garner and Marie J. Stith. The bill authorizing the Womens Army Auxiliary Corps was enacted on May 14, 1942. By August of 1943, there were over 50,600 women in the WAACS. In August of 1943, in recognition of their service, the WAAC was converted to the Womens Army Corp, a bona fide part of the United States Army.