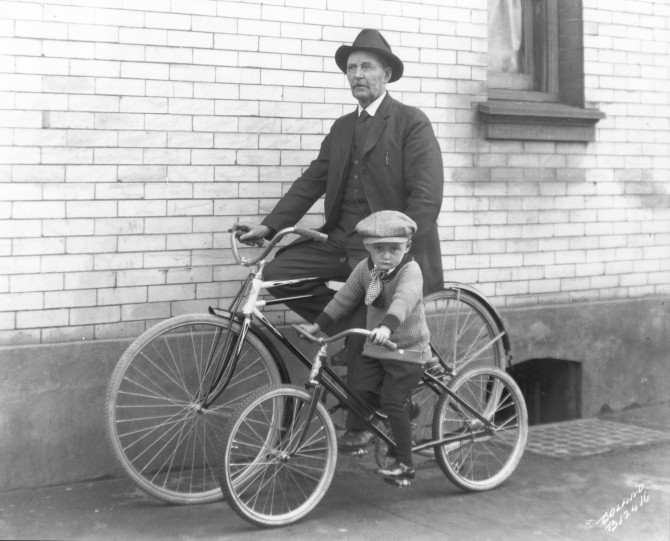 G.A. Southwell and his four-year-old grandson Harold Southwell are ready to ride on April 28, 1925 in honor of National Bicycle Week. Harold rode a special bicycle built for him by his father, and was believed at the time to be the youngest cyclist in Pierce County. National Bicycle Week took place from April 26 - May 2nd, with April 30th designated as Bicycle Day in Tacoma. http://goo.gl/EkmsNr