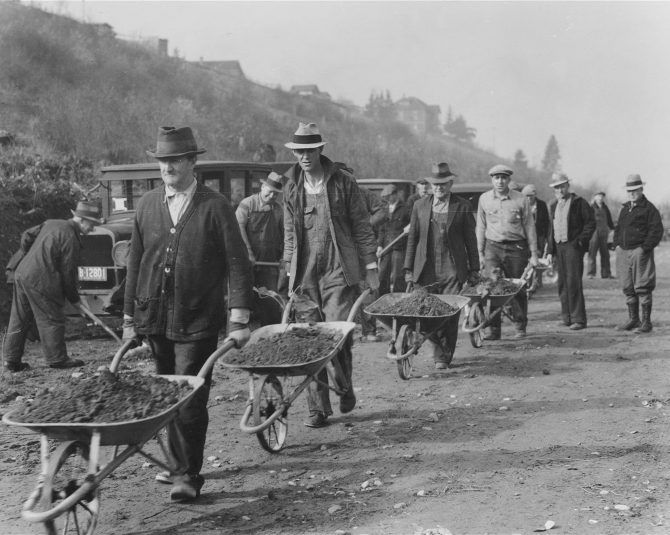 110 WPA (Works Progress Administration) workers were used to build, mostly by hand, the section of South Tyler Street that stretched from Snake Lake to South 66th Street. The WPA, created by order of President Franklin Delano Roosevelt, was a relief measure designed to put the millions unemployed during the Depression to work in a wide variety of programs such as the road construction above. These men were pictured in late February of 1936 pushing wheelbarrows full of dirt under the supervision of F.A. Halveson, standing at extreme right in boots, dark jacket and hat. Once completed, the road would measure 30 feet wide with a gravel surface.