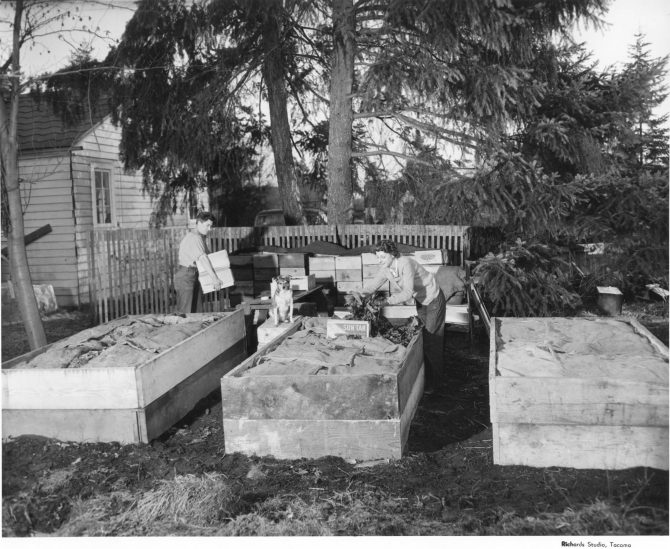 The proprietors of Western Worms were believed to be the only women operators of a worm farm in the 1940s. Lee Mason (left) and Harriet Kennedy are shown working in their outdoor worm farm located at 505 East 93rd Street on February 28, 1947. Roy the dog is an interested spectator. The worms, estimated at over several million in number, at Western Worms were different from ordinary worms due to their special diet and because they were covered up with canvas blankets to keep them warm in the winter. Worms were sold at two dozen for forty cents or five hundred worms for ten dollars. As their business expanded, Miss Mason and Miss Kennedy hoped to sell worm filled Christmas boxes for gardeners. "Surely everyone can think of someone they'd like to give worms" said Harriet Kennedy.