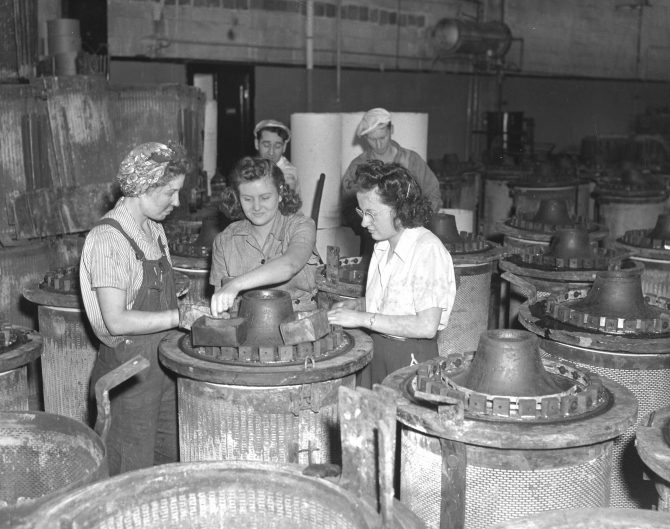 In 1943 the United States celebrated the second wartime Mother's Day of WWII. Hundreds of local mothers took jobs in Tacoma's industrial plants to help the war effort. Women employees like these photographed at the Pennsylvania Salt Manufacturing Co. helped the company that year achieve the coveted "E" pennant for efficiency in production. During the war, much of the American work force was composed of women who had replaced the thousands of men serving in the Armed Forces.