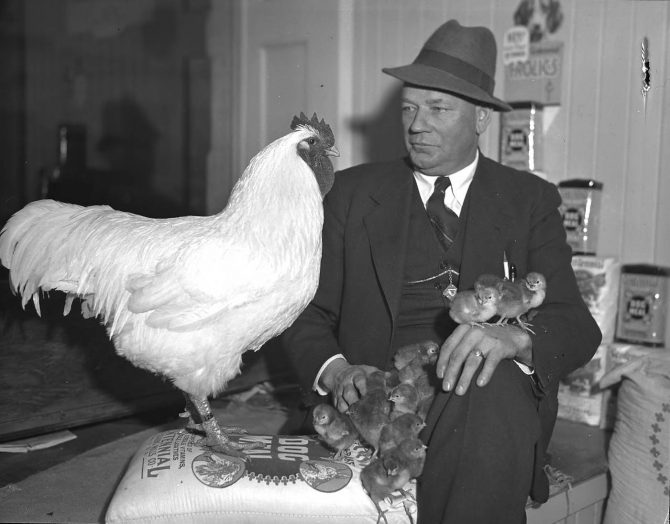 Poultry Judge J. H. Nichols faces off with the white Plymouth Rock Rooster that has been declared Grand Champion of the 46th annual Tacoma Poultry Show in January of 1941. Backing up Mr. Nichols are a gang of baby chicks nestling in his lap. The six day show took place January 6-11 of 1941. There were 300 birds and 75 bantams on display. The champion rooster was owned by C.F. Hove of Seattle.