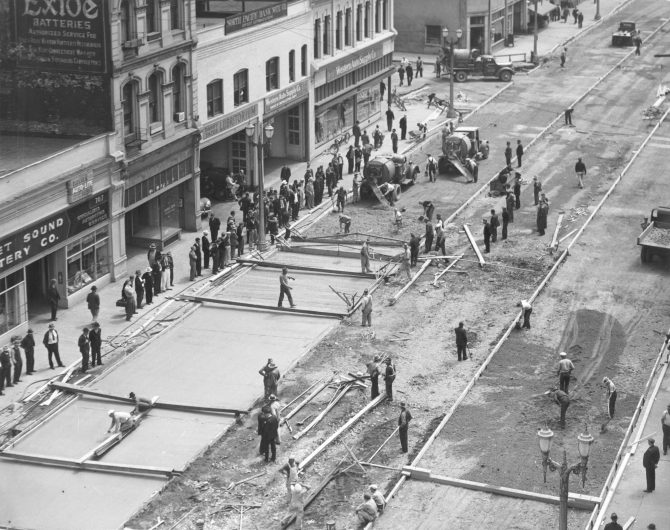 The resurfacing of Pacific Avenue from South 7th Street to South 17th in June of 1939 drew many curious onlookers. They were probably astounded by the appearance of the new red pavement but this pavement color was not to last. The red dye was used in the "Hunt clear-curing process" to stain, seal moisture in the cement mix, and then disappear. The resurfacing project began on June 6th, was well underway by June 20th and open to traffic on June 29th. Unused streetcars tracks were first removed and then the old surface to the road was broken up and hauled away. Forms were made and new quick setting cement used. The repaving contractors Coluccio and Frasca bid $73,000 to repave Pacific Avenue from 7th to 17th Streets.