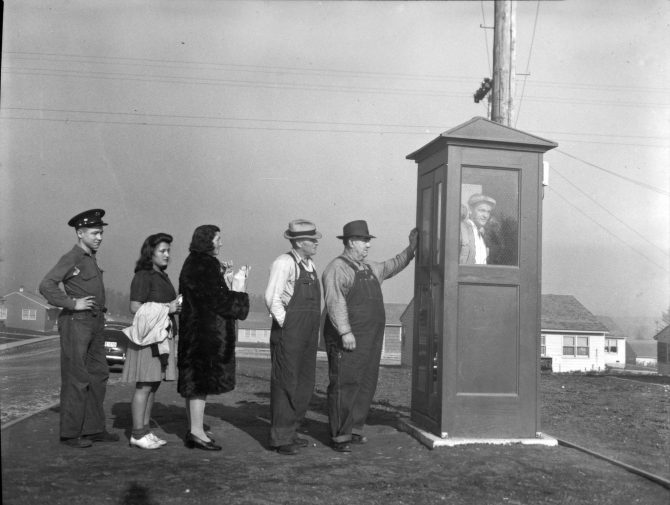 Due to War Production Board rules, private telephones in Salishan, the housing project built for war workers in East Tacoma, were not just a luxury, they were almost an impossibility. The phone company was allowed to install just 12 outdoor booths, not enough to serve the planned occupancy of 10,000 persons. Using one of the precious booths in November 1943 is Murray Burgess, while (left to right) Roy Ehlis, Marie Escarga, Mary Escarga, Andrew Ehlis and R.T. Armstrong wait their turn. The phone company had plans to install 25 more booths but, like this one, they would leave people waiting out in the elements.  goo.gl/7HdTzh