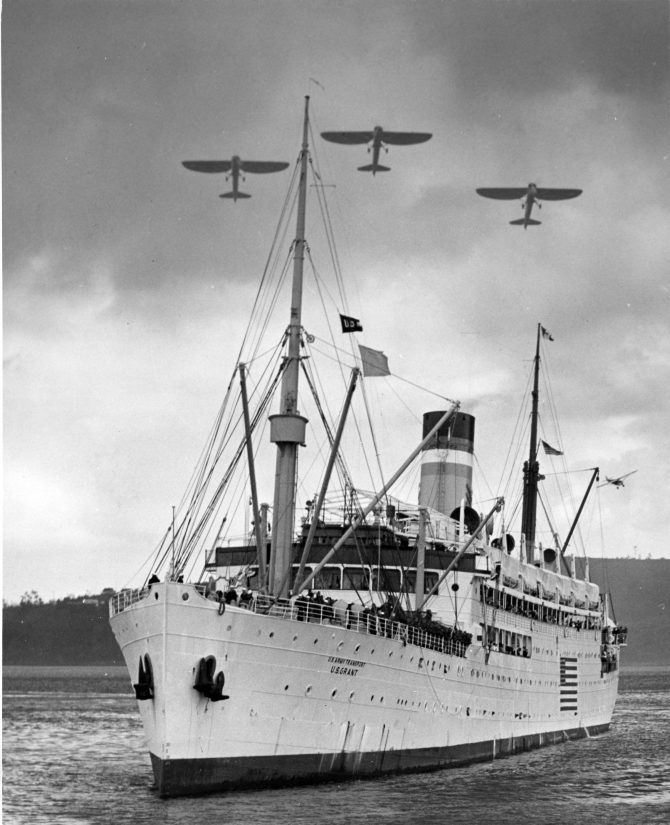 Enhanced for a better copy on the front page of the March 24, 1938 Tacoma Times, welcoming planes from Fort Lewis have been superimposed over the U.S. Grant transport ship arriving in Commencement Bay. The transport was crowded with 1235 officers and men from the 15th U.S. Infantry, their wives and children returning from China. The "Can Do Regiment" was being removed from China after 26 years of continuous service and reassigned to Fort Lewis. The passengers boarded the ship at Chingwantao on March 2 as bombing began in the war between Japan and China.