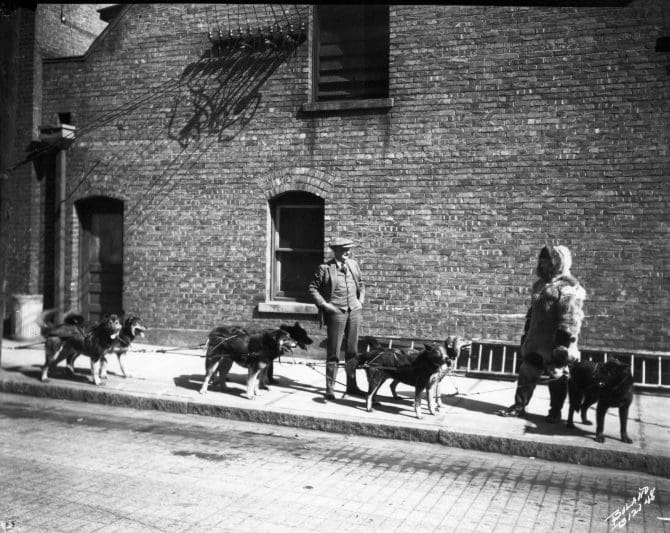 "Wild Bill" Shannon brought his famous Alaskan "wolf dogs" (huskies) to the Colonial Theater in March of 1925. Perhaps puzzled at the lack of snow, the team of sled dogs, with their master, stopped outside of the theater for a brief look around. Shannon was advertised as the man who saved Nome, Alaska, during the dreaded diphtheria plague. He had rushed antitoxin from Nenana to Nome. The Pantages would counter with the appearance of Soloman Basco, Alaska native, who mushed into Nome with his seven malamute dogs. Basco also delivered antitoxin and claimed the fastest time, 3 hr., 59 min., at temperatures 50 degrees below.