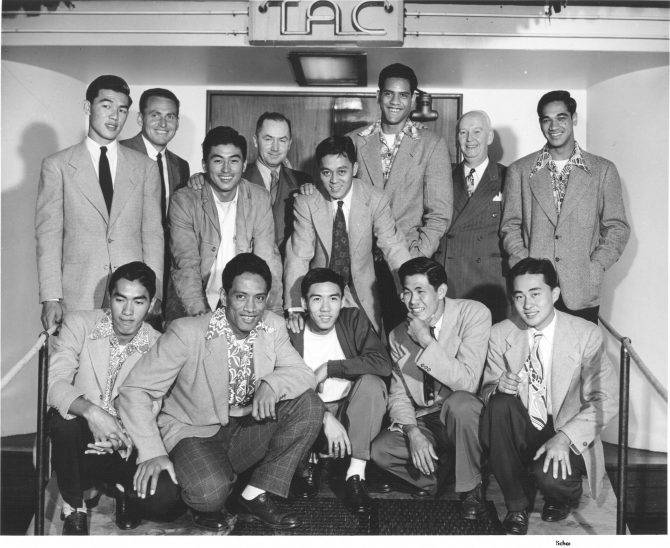 The University of Hawaii's unbeaten basketball team visited Tacoma twice during February, 1948. They came to Tacoma as they began their five-game tour of the Pacific Northwest on February 19th. They left Tacoma that day and returned February 25th to play the Pacific Lutheran College's Lutes. The Lutes defeated the Hawaiians 65 - 54. The team, coached by Art Gallon, is shown here at the Tacoma Athletic Commission with TAC's president Howard R. Smith in the back row, second from the right.