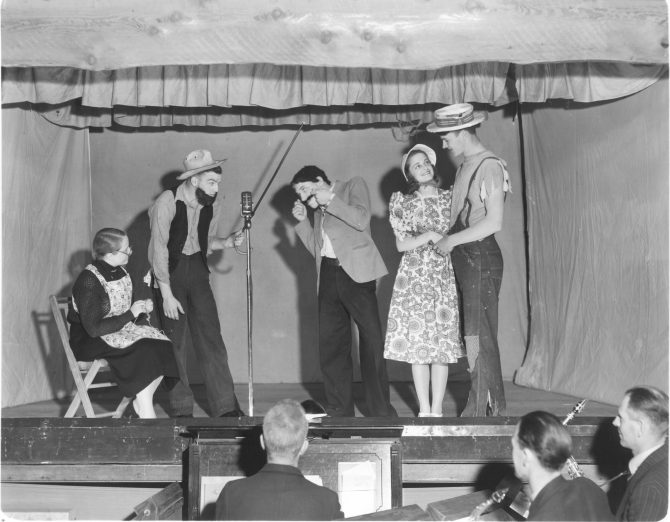 The 19th century melodrama "United by Love" was presented on August 23, 1938 on a Works Progress Administration (WPA) traveling stage in Tacoma's South Park. The "Theater on Wheels," a joint enterprise of the WPA and the Metropolitan Parks Board, featured more than 100 performers in a variety of productions accompanied by the 6-piece professional WPA orchestra. The program performed for more than 20,000 appreciative audience members throughout the summer, ending the season on August 31st.  http://goo.gl/DUvdtN