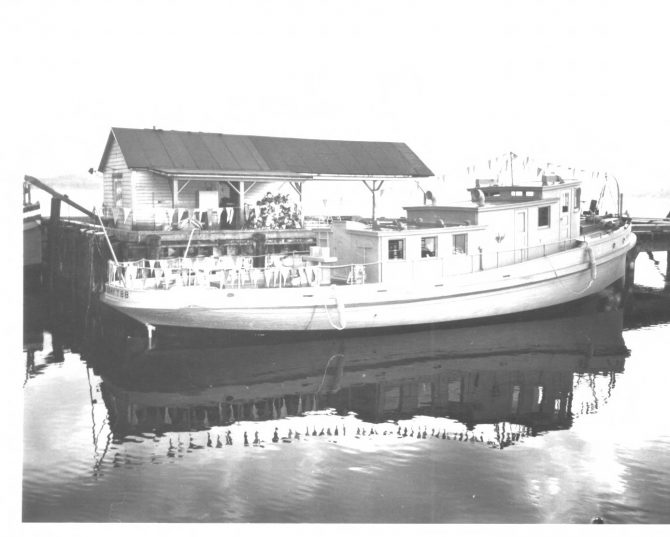 Coverage of twin launchings at McNeil Island. Vessel in water adjacent to wharf with a one-story building on it. 100 guests from the Mainland and proud inmate builders celebrated the launching of two 65-ft. tugboats built for the U.S. Army on June 17, 1943. WWII saw the revival of the shipbuilding program on McNeil which had seen the last ship constructed there by inmates way back in 1907. By June of 1943, three ships had been launched and of the three, one delivered to the Army in November of 1942.