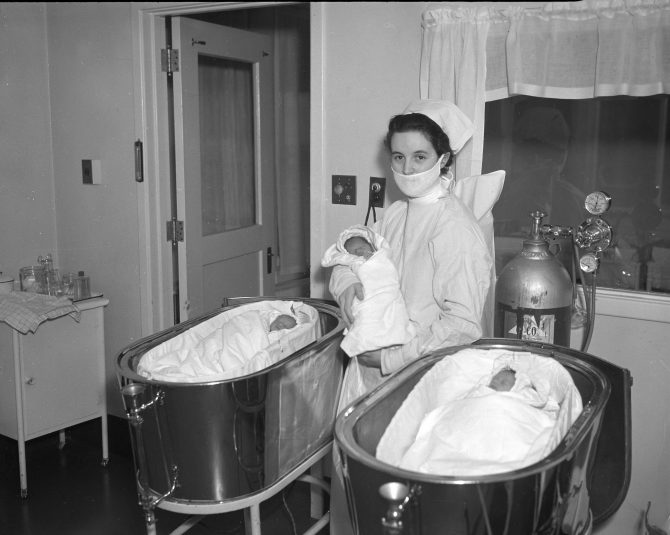 Patricia Bush, a nurse at Tacoma General Hospital, holds William Henry Hartle, one of the triplets born to Mrs. William (Genevieve) Hartle on November 14, 1937. The first of the triplets, a girl later named Waunita (at right), was born at 11:23 PM and weighed 3 lb. 7 oz. She was followed by two boys, William Henry 4 lb. 7 oz. and Warren Edward (at left) 4 lb 2 oz. The two smallest babies were kept in incubators, and William was in a cloth-covered bassinet. All three of the triplets survived.  goo.gl/t6kjHj