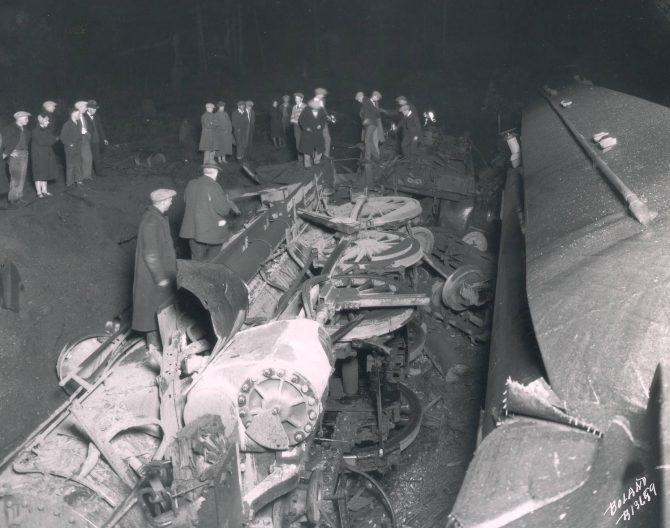 Just after 6 p.m. on November 17, 1925, Northern Pacific passenger train #424 derailed about 2 miles west of Olympia. The train, travelling about 30-50 mph, plowed into the bank on the side of the track, burying itself in the earth before it turned over on its side, crushing veteran engineer Edward M. Putnam. Subsequent train cars were knocked off their wheels. Twenty-five people were injured, several critically, with passenger Laura Hahn dying of her injuries on November 21st. Days after the wreck, the cause of the accident was still undetermined. The track appeared to be in good condition and the engine was too badly damaged for further assessment.