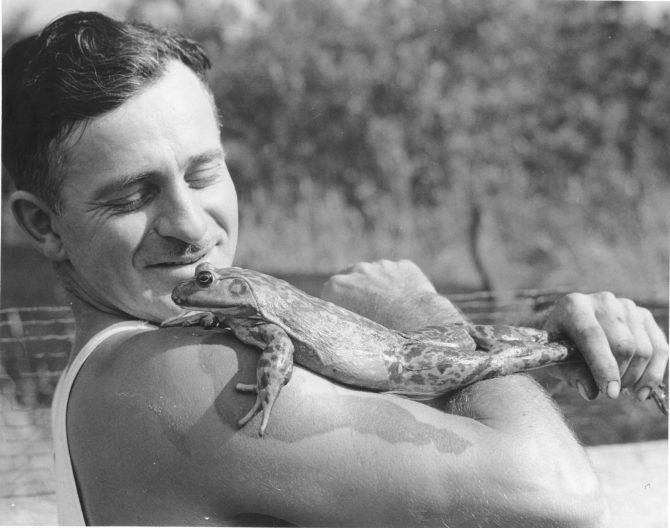 Steilacoom frog farmer Charles Turner holds one of the bullfrogs that he raised to market as the delicacy "frogs' legs" in this photograph from July of 1937. The "Leaping Lena" is stretched out to her full length. Turner gave up his career as a taxi driver in 1936 and dug four frog ponds for his new industry. By July of 1937 he had over 50,000 amphibians that he intended to market when fully grown. It takes about 3 years for the frogs to grow to market size, 30-36 inches. At the time, Turner said that the biggest disadvantage in frog farming is that the males croak a lot in mating season and the neighbors complain about the noise.