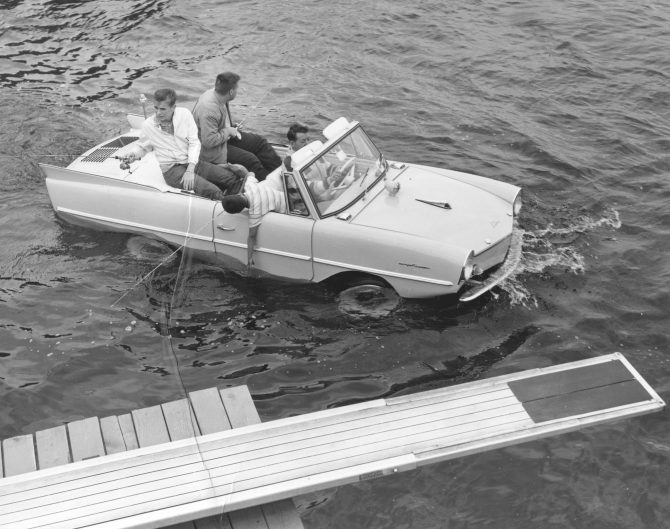 On July 12, 1962 an unidentified driver took three intrepid sportsmen for a spin in a German Amphicar - right into American Lake. Built in Germany from 1961-68, the Amphicar was the only civilian amphibious passenger automobile ever to be mass produced. All Amphicars were convertibles and there were just 3,878 built. The vehicle had a top speed of 7 mph on water and 70 mph on land. Testing the water from the front seat is Douglas Stubblefield. Fishing from the back seat are Richard Clemens and Buddy How. The unidentified driver was employed by Seattle's S.L. Savidge auto dealership, who was handling the boat-car.