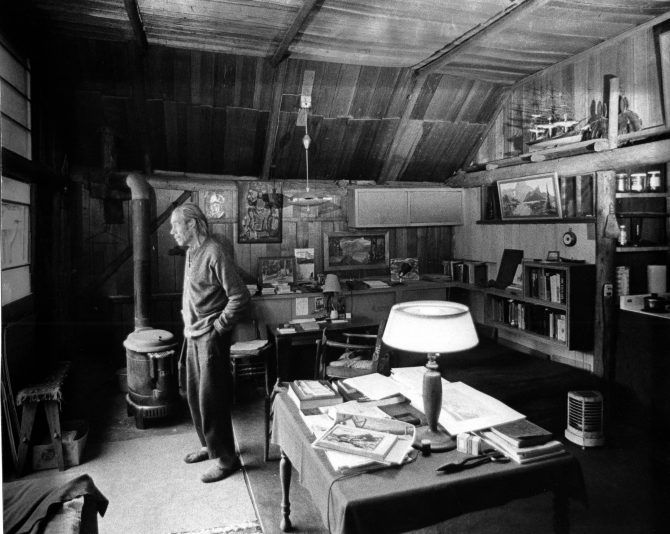 Waldo S. Chase - The Sage of Union. Waldo Chase, 81 at the time of this March, 1976 News Tribune interview, lived a simple life in the small community of Union in Mason County. The silver-haired, self-educated "teacher of life" drew many young people when discussing the destiny of man. He had quietly earned the reputation of artist, poet and philosopher. There was no television or radio in his modest one-room home built of Northwest cedar shakes. Mr. Chase had cut all the wood himself and split all the shakes. He shared a kinship with the Indian tribes that had previously roamed nearby forests and beaches and with nature as well. He believed, though, that man continued to poison the land and the water and feared for the future of mankind.